Head: Cand. (PhD) of Techn. Krizhanovsky, Andrew A.
Major research trends Research Main activity results Scientific publications Staff Contact information
During 1987-2010 the research was carried out in the field of building intellectualized computer systems and expert systems. Research and study in the area of statistical expert system creation were carried out jointly with the laboratory for probability theory and computer statistics.

Before 1986 the laboratory paid principal attention to the problems of system software maintenance for different computer generations.

The researchers of the Laboratory for Information Computer Technologies made some contribution to the following science fields:


Optimal routing networking games
We find the lower bound for Price of Anarchy (PoA) for the general case of N machines in the maximizing the minimum machine delay game with uniformly related machines. For the case of 3 machines we find its exact value. We prove that the PoA does not change or increases when an additional third machine is included into the system with two machines. Also we propose a method of computation the PoA value and illustrate it for 3 machines [1]. 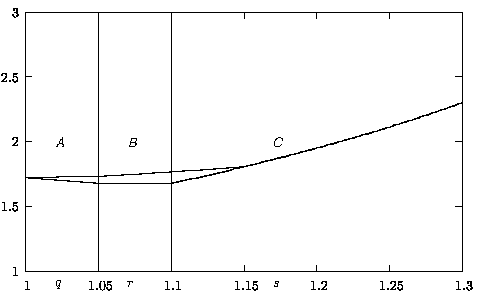 The Veps language corpus was created in 2009 under the leadership of Nina Zaitseva. Three Karelian subcorpora (Karelian proper, Livvi and Ludian) were included in the linguistic corpus in 2016. The united linguistic platform was named “The Open Corpus of the Veps and Karelian languages” (VepKar).

This linguistic corpus VepKar includes texts and dictionaries stored in a database, and a computer program (corpus manager) for searching and processing the data. Corpus and dictionaries data are available online (dictorpus.krc.karelia.ru). There is information about the corpus on YouTube (Playlist VepKar) and Wikipedia (Category:VepKar).

Dictionaries and corpus texts are strongly interrelated. Multifunctional dictionaries of the Veps and Karelian languages contain definition, translation, dialect labels, semantic relations (synonyms, antonyms, etc.), examples of word usage with reference to texts, as well as complete inflectional paradigms. All texts are automatically marked up and there are references from words in the text to the corresponding meanings in the dictionary entries [5].